While only seven nations continue to hold territorial claims to Antarctica, two of the seven are Latin American nations.

Both Chile and Argentina claim territories in Antarctica dating back to the 1940s, but are disputed as the claims of Argentina, Chile, and the UK overlap.

According to the Antarctic Treaty, “No new claim, or enlargement of an existing claim, to territorial sovereignty shall be asserted while the present Treaty is in force” neither deferring nor suspending existing claims.”Argentina, Australia, Belgium, Chile, France, Japan, New Zealand, Norway, South Africa, the Soviet Union, the United Kingdom and the United States all held territorial claims to the continent before the ratification of the treaty in 1959.

Both Argentina, and Chile have permanent bases in their respective territories. 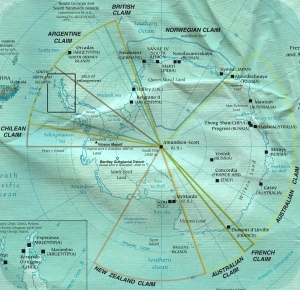