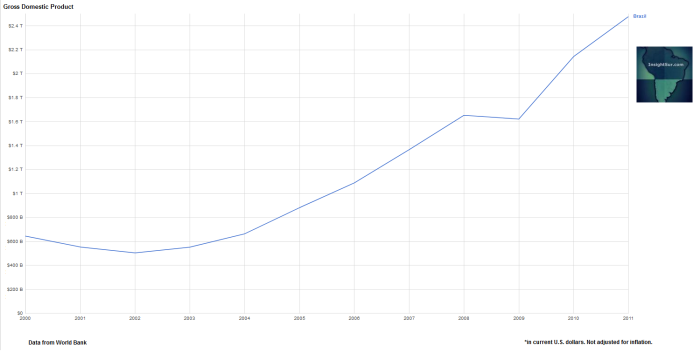 Globally, Brazil ranks sixth in the world in terms of GDP, after France, Germany, Japan, China, and the United States respectively. 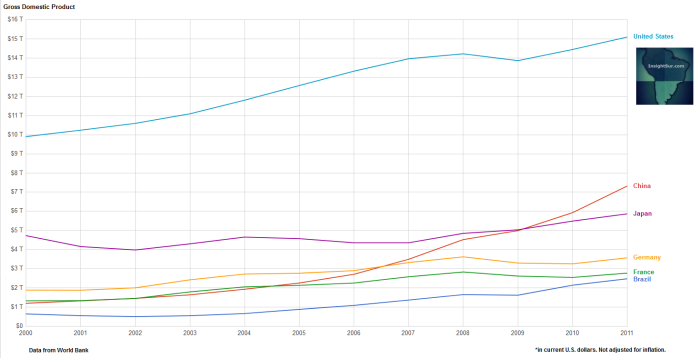 Regionally, this places the country first in Latin America, with a GDP nearly $1 trillion US dollars larger than the next five largest countries depicted below combined. 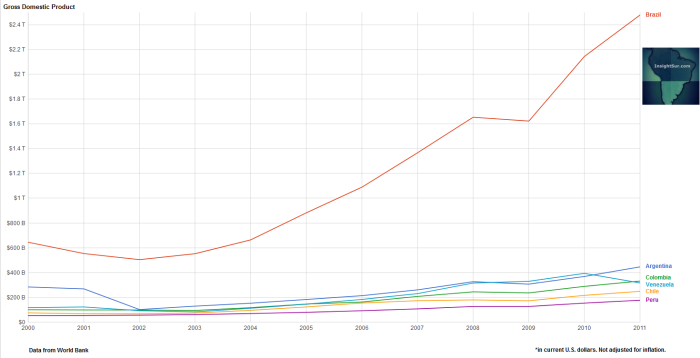 Argentina, Chile, Colombia, Peru, and Venezuela had GDPs totaling roughly $1.5 trillion US dollars in 2011 which represents just 61% of Brazil’s GDP.