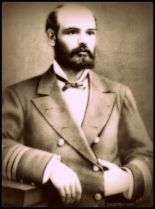 Día de las Glorias Navales is a public holiday celebrated on the 21st of May in Chile to commemorate the Battle of Iquique fought between Peru and Chile on May 21, 1879 during the War of the Pacific.

While the battle ended as a victory for Peru,  they lost their ironclad ship, the Independencia, which was one of its most powerful warships at the time. Arguably, the death of Chilean navy officer Arturo Prat is of greater cultural importance to Chile than the battle itself. His death became a rallying cry for Chile at a period of heightened nationalism, and inspired unprecedented inscriptions in the military at the time.

As the War of the Pacific unfolded, Peru lost naval superiority, and Chile eventually won the war against the combined forces of Peru and Bolivia.