Below is a depiction of government debt levels for the seven largest economies in Latin America. 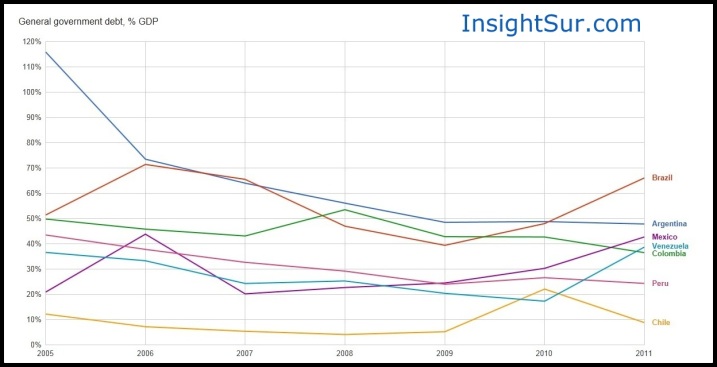 Government debt accounted for approximately 46% of GDP across Latin America in 2011. 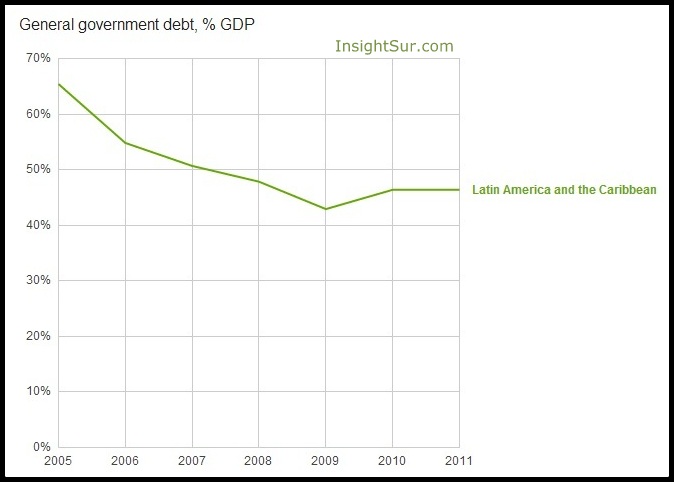 Even those averages are less than the current debt levels in the United States, which are 90% of GDP.

In terms of government debt levels as a percentage of GDP, Latin America is only slightly above global averages, and far below the US and Europe.

Explore the charts below: