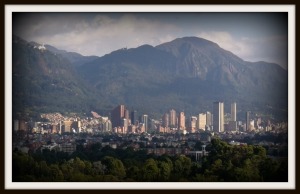 With a recent history of destabilizing violence from various radical narcotics groups such as the FARC, Colombia has surprised many observers of the region over the past two decades by transforming the outlook for the country from desperate and violent, to leading the region in stability and growth.

In hosting the Summit of the Americas in Bogota this April, Colombia is reaping the visible rewards of stabilizing policies and economic programs lead by Álvaro Uribe during his presidency from 2002-2012.

His campaign of “A firm hand, but a big heart” succinctly describes his uncompromising policies which have effectively stymied violent narcotics groups (such as FARC), and macroeconomic policies implemented to reign in government spending, privatize inefficient government agencies, and foment investment through more transparent policies. At the same time, Uribe increased spending on programs such as education, and health care service for the poorest Colmbians.

President Juan Manuel Santos Calderón worked closely with the extremely popular Álvaro Uribe (since leaving office his approval ratings have remained around 80%), and in many ways, this summit will represent the culmination of the past decade and a half of transformational efforts to lead the country to progress. During the Summit of the Americas gathering next month, he will preside over a meeting of representatives from every country in the Americas save Cuba where the agenda will be increasing collaboration to resolve a variety of issues and topics in the region.